::This is an excerpt, chapter 32 to be exact, of Blueprint for Daylight by Christine Kalafus. She calls it a mother’s love letter to her twins.::

Spencer and Parker are at my feet, cuddled in pale blue fleece blankets and asleep in their car seats. I address my babies in a running, silent, monologue in the hour after Greg leaves for work but before my mother arrives.

I tell them I’m not having chemotherapy. That it will make me sick and can’t everyone see that I’m cured? The doctor took the tumor out for fuck’s sake. I have to get on with the business of mothering.

Even without the trial of chemotherapy, I can’t hold Spencer and Parker enough, the way I want to, because to do so, means I need more arms. Or an extra pair of legs, or something else. I don’t know what. Maybe what I need is still sitting on the shelf at Babies R Us, forgotten on the gift registry, ignored by the guests at the baby shower.

I apologize for the kind of mother they seem to have lost in the lottery. I apologize for crying when they cry, but the pain has to go somewhere and why not into the air that can hold it? I apologize for the night I was exhausted and walking downstairs with one of them in my arms, the other in Greg’s arms and as he passed me on the stairs said, “I already fed him.” I’m sorry for not knowing which one of you had already eaten and for referring, just now, to you as “one,” and “the other.” I’m sorry for not knowing which of you I held, I say.

I ask forgiveness for when we first came home from the hospital and they cried and wouldn’t eat. How their extended crying lead me to call the pediatrician’s office at nine o’clock at night and the doctor on call prescribed chamomile tea. Which lead Greg to run out to the store, no shave, in pajama pants and his leather coat. How I had the kettle boiling when he returned, went to pour the tea and realized I never asked if the tea was for me or for the babies.

I touch their toes, all twenty of them. Magic in two pair of baby socks. Their toenails are white and pink like translucent paper. There’s a part, a very small part, at the edge of a toenail, a fingernail, where it meets the skin. Where nothing touches the roundness but air. I kiss it. I tell them that a baby’s heel is the beginning of adulthood, a sign of strength to come, an example of something not yet needed but required to support their journey.

I love them telepathically, by holding their skin to my skin, my hand cupping their spongy heads, all the knowledge they will ever need already inside. It is up to me to protect them. Wash them, cover their heads with hats and cradle their bodies in the crook of my arm while the fingers of my other hand play with their toes. The best I can do is have them both, side by side, on my lap. Four wrinkly legs, four flailing arms, two tongues jutting out and in while my eyes move back and forth between their faces. I memorize the differences, subtle as they are. I place my face between theirs and whisper in their ears, I will always know you. And I apologize for saying “fuck.”

Christine Kalafus is an award-winning writer of non-fiction and poetry. Blueprint for Daylight, her funny and heartbreaking memoir of infidelity, cancer, colicky twins, and the flood in her basement, won the 2017 Sara Patton Stipend Award and was recently excerpted in Connecticut’s Emerging Writers, an Anthology.  “Horses,” her experimental poem of loss, won the 2017 Knightville Poetry Contest. National Book Award winner Mark Doty was the contest judge. The poem will be featured in the 2018 issue of the New Guard. Her essays have appeared in several literary magazines including Woven Tale Press’ Selected Works for, “Confessions of a Make Up Addict,” which received a mention inPublisher’s Weekly.

Christine is an instructor at Westport Writers’ Workshop. She lives in the wilds of northeast Connecticut in an old, demanding farmhouse that needs her. 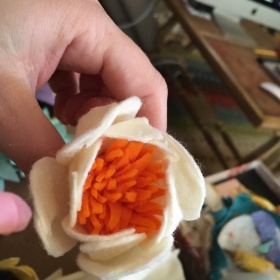 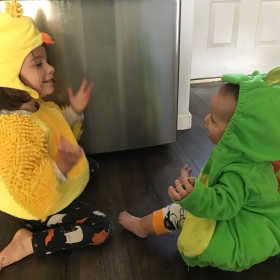 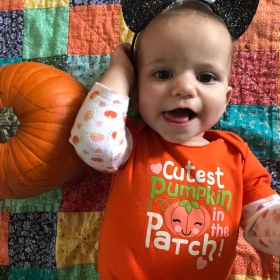